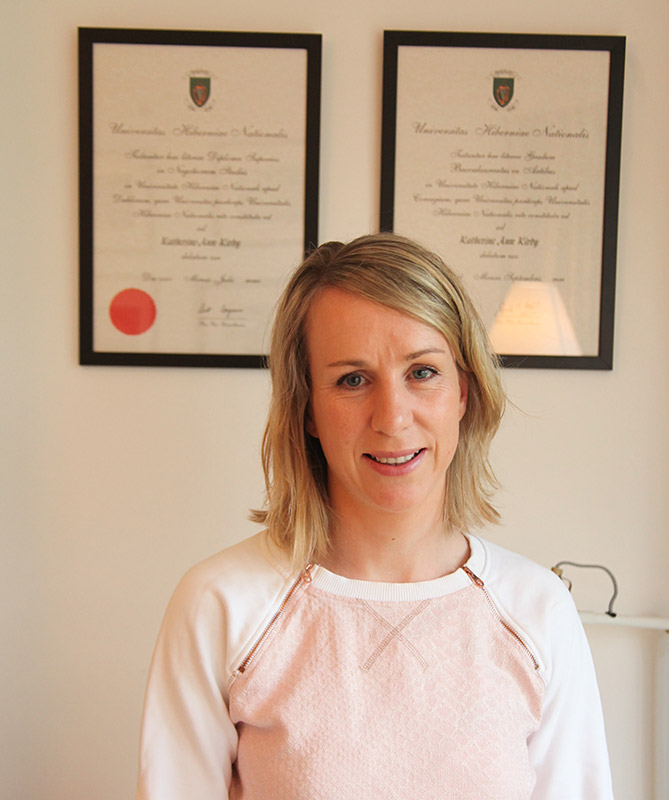 Dr. Kate Kirby is the Head of Performance Psychology at the Sport Ireland Institute.

She has worked at the highest level of sport for over a decade and has provided her expertise to numerous governing bodies, including the Irish Sailing Association, IRFU, Hockey Ireland, Tennis Ireland, Horse Sport Ireland and numerous inter-county GAA teams.

She also works privately with athletes from individual sports such as golf and athletics, as well as players from a broad range of team sports. She has attended both the London and Rio Olympic Games as a member of Team Ireland’s support staff, and her contribution to Annalise Murphy’s Olympic silver medal through their long-standing work together has been widely acknowledged.

Kate also possesses considerable expertise in the area of athlete career and lifestyle management. Through her current work as a personal development consultant for the Gaelic Player’s Association and in her previous position at Rugby Player’s Ireland, she has supported the dual careers of many high-performance athletes and helped them through their transition out of elite sport and into the next phase of their working lives.

Originally from Clonakilty, Co. Cork, Kate now lives in Dublin with her husband and 2 young children. In her free time she enjoys playing tennis, running and reading.